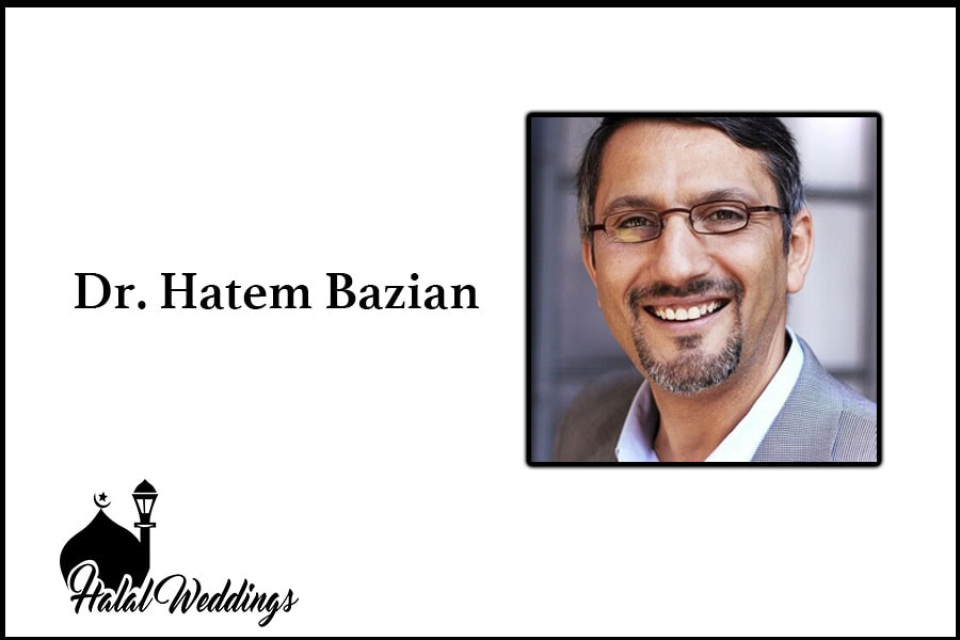 Dr. Hatem Bazian (At Your Location)

Have Dr. Hatem Bazian perform an Islamic ceremony at your wedding within the San Francisco Bay Area

Dr. Hatem Bazian is a co-founder and faculty member at Zaytuna College. He is also a senior lecturer in the Departments of Near Eastern and Ethnic Studies at the University of California, Berkeley. In addition, Dr. Bazian is also a visiting Professor in Religious Studies at Saint Mary’s College of California and advisor to the Religion, Politics, and Globalization Center at UC Berkeley. In 2009, he founded the Center for the Study of Documentation of Islamophobia at UC Berkeley. Dr. Bazian is on the board of several organizations, including the Islamic Scholarship Fund and Muslim Americans for Palestine, for which he is also the founding president.